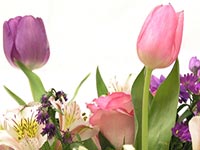 Light a Candle
Originally printed on June 28, 2014 in the Eastern Daily Press.
Viewed by 1233 Visitors.

BURKINSHAW PHILIP OBE Suddenly at home in Little Walsingham on June 24th aged 92 years, formerly of Sheffield, the Parachute Regiment, the Colonial Administrative in Sierra Leone, Gambia and Nyasaland and the Corps of Queen’s Messengers. Beloved husband of Diane. Requiem Mass at the Church of the Annunciation, Little Walsingham on Monday, July 7th at 1.00 p.m. Family flowers only but if desired donations for the World Wildlife Fund and The Airborne Forces Security Fund c/o Canler & Son Funeral Directors, 12 Highfield Road, Fakenham, NR21 9DH.