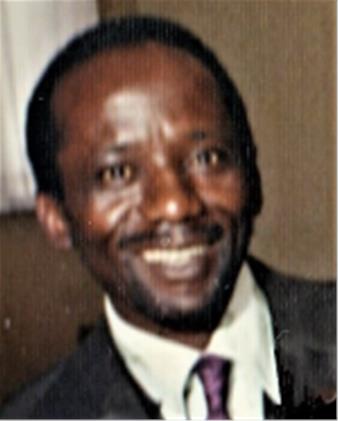 Light a Candle
Originally printed on June 4, 2020 in the Hackney Gazette.
Viewed by 231 Visitors.

Dr John Ohajah (born in Umuagwu, Nigeria) passed away on 28th May 2016. He had a long professional life. He married Patricia Theresa Nwala and had a family of four. After his divorce, he married Helen Emily Aigbogun, and was father to three more children. He lived much of his life in Hackney where he brought up his first family. Later he moved to Dagenham, where he raised his second family and passed away. His eldest son, Emmanuel Ohajah, ensured that he was laid to rest in Umuagwu, Nigeria on 19th July 2016. Remembered: Dr John Nwaosuagwu Ohajah. RIP